We are delighted to announce the launch of Into Film+, a streaming service dedicated to film and designed specifically for all schools settings.

Launched by leading education charity Into Film, Into Film+ is a new legal platform for UK schools to stream a wide range of classic and new release films in classroom and extra-curricular settings for free*. Developed with and for schools, Into Film+ brings learning to life thanks to curriculum-linked films and resources that support learning outcomes for pupils aged 5-19. All the films are packaged with a wide range of exclusive resources for teachers of all age groups and subject areas.

At launch, Into Film+ will feature a catalogue of over 150 films that cater for pupils of all ages. All titles have been selected for their educational benefit and will include classic, new release, foreign language, documentary and British titles. Into Film+ will grow quickly to host more films and subject-specific playlists to support teaching in a wide range of subjects up to A-Level.

As well as supplying the films available to watch on Into Film+, we are proud to provide Filmbankconnect, the secure and industry-approved streaming technology to support the Into Film+ service.

Providing film licensing to schools for over 35 years, we are very excited to be part of this initiative. This is a crucial move into the digital world. With our long-standing partnership with Into Film, we look forward to working with the team to grow the catalogue of films and programmes.

*Our content is covered by our Public Video Screening Licence (PVSL). Learn more about PVSL. State-funded schools in England are covered by the PVSL. 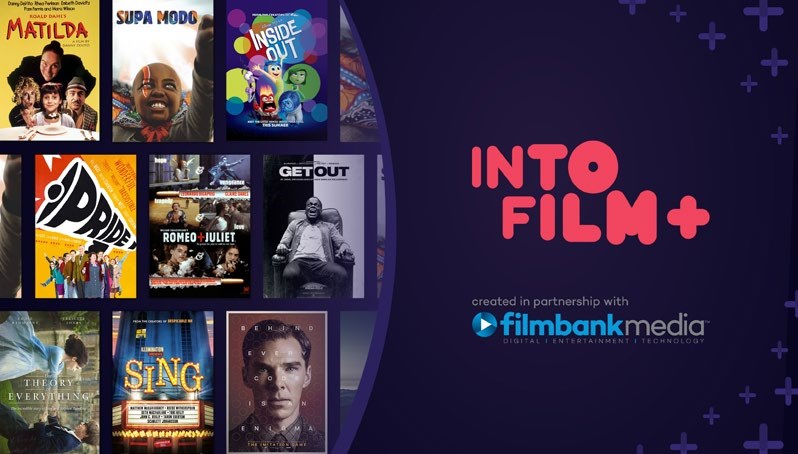